If like me you have this problem, I reassure you, unless it is really broken, there are solutions to solve this problem. I found many people on the internet with the same Vizio TV that won’t turn on.

After trying several solutions found online by frustrated owners, I found a solution that worked for me and other people with this issue. Not all have worked for everyone because each TV model has its own specificities and differences.

Here are the solutions to the problem…

If your Vizio TV won’t turn on, it needs to be reset. To do this, unplug the wall outlet and wait 1 minute (to drain residual electronic power left). Then plug the Vizio TV back in. The TV will reset and should turn back on.

In most cases, this step will resolve your Vizio TV issue.

If your Vizio TV still won’t turn on after resetting it, try these additional steps (in order). Your TV may not be broken.

– Check that the Vizio TV is powered on

It seems so obvious but it’s the first thing to check! 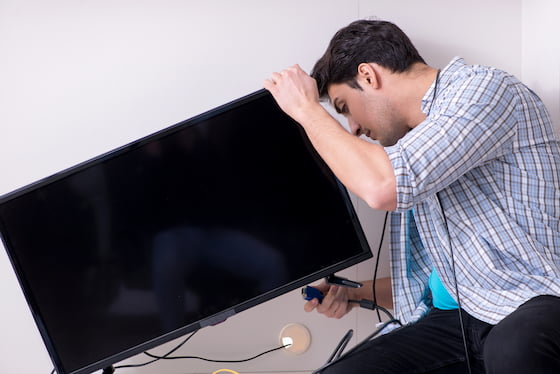 It might not be the problem but it is an interesting troubleshooting step that should be quickly ruled out.

If the red standby light is on in the corner of the TV then there is power and you can move on to the next step.

If you don’t see a red LED on, make sure the outlet has power. To easily check that, plug your phone charger into the TV’s wall outlet. You will immediately see if the socket has a problem, if the circuit breaker has tripped or if it is working normally.

If you don’t see a LED on and the TV won’t turn on, the problem might be more serious you’ll find solutions further down in this article.

If the LED is red, blue or green but the screen remains black, follow the next step before going any further.

– Disconnect the wall plug from the Vizio TV

Unplugging and then re plugging your Vizio TV from the wall outlet is a simple fix that often works!

The key to success is to wait 1-2 minutes, not just a few seconds. Be patient, the capacitors need a little time to fully discharge.

If you are in a hurry, you can press and hold the ON button on the TV for at least 10 seconds (not the button on the remote control! ), this theoretically speeds up unloading.

Plug the TV back in after 1 or 2 minutes and you should be able to turn back the Vizio TV on.

While this solution in most cases solves a Vizio TV that won’t turn on issue, in some cases the problem is something else. If you still can’t turn your Vizio TV back on, try the other solutions below that have worked for other people.

– Vizio TV turned on but screen is black

If the LED is blue or green, it means the TV is on. A black screen can mean several things:

Your TV is on but may be on a wrong input.

Check the input source. A child or you may have accidentally pressed the “source” button on the remote control and changed the input source. In this case the TV could show a black screen or “no signal” text on screen.

How to find the correct input source:

The solution is to press the “source” button on the remote control to cycle through the sources (TV, Ext, HDMI1, HDMI2, AV…) corresponding to your devices connected to the TV. Press the button until you see again a TV channel.

Without remote control, press the MENU button on the TV itself, then navigate to SOURCE with the volume buttons. Select the correct output (example HDMI 2 if your device is connected to this port at the back of the TV)

If nothing shows on screen by pressing the source button, try the next solution.

– Remove the batteries from the Vizio TV remote 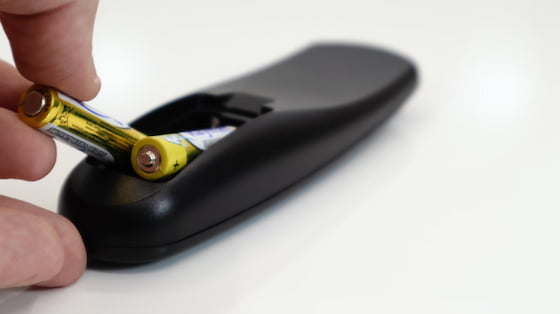 If unplugging and plugging your TV back in did not solve the problem and the output source is set correctly, try the solution of removing the batteries from the remote control.

Remove all batteries from the remote, not just one battery.

Then press and hold the power button on the remote for 10 seconds. Don’t cheat, press it for at least 10 seconds!

After 10 seconds, replace the batteries and turn on the TV. It should turn back on.

– Change the batteries of the Vizio TV remote control

Obvious again but did you know that low batteries can turn on the remote TV’s LED and still not be able to turn on the TV?

It’s happened to me before, I’ve been fooled… Even if the batteries seem good, they may not have enough power to send the signal to the Vizio television. Because turning on a LED is easy, but sending a signal to the TV is another signal.

If you can’t turn the TV on with the remote, try turning it on from the ON/OFF button on the side, bottom front or bottom of the TV.

If it works, the problem was probably the remote. In case the batteries are good then the remote should be replaced.

When a Vizio TV regularly has power-on issues, it may be worth resetting to factory settings.

If your Vizio TV regularly has trouble to turn on, try (if possible) performing a factory reset. This requires being able to turn on the TV so not necessarily your case:

If you don’t have a remote try this way.

If you don’t have a remote, you can also factory reset your Vizio TV.

If despite everything, the problem persists, try the following.

CEC (Consumer Electronics Control) is an HDMI feature that allows other HDMI-connected devices to be controlled with a single remote and to automatically switch HDMI when a connected device turns on.

This feature can sometimes block a Vizio TV from turning on, so it might be worth disabling this feature and seeing if that fixes the power-on issue.

– Check the power cable connection on the Vizio TV

Another fairly simple solution to your Vizio TV problem is to unplug and then reconnect the TV’s power cable.

Check that the cable is firmly seated in the notches at the back of the TV, sometimes it can loosen over time.

It’s unlikely to change anything, but you can always try plugging the TV into an other room in the house or in an another house.

If your house has electrical problems and you ignore it (or maybe you know about it), it might make a difference, but it’s an unlikely the case if other devices can turn ON on that outlet.

If nothing has worked so far but you really want to keep your Vizio TV, you can remove the TV’s power supply and send it in for repair.

However, this approach is useless if your TV has the standby button turned on. It means the power supply is working, so try something else.

If not, the power supply is probably faulty.

A power supply of Vizio TV costs around 70 dollars. You can try to change it yourself.

Here’s how to remove the power from a Vizio TV:

If your Vizio is out of warranty, you are eco-friendly and absolutely want to repair your broken Vizio TV, you can try to identify which capacitor is broken on the motherboard.

I warn you now, this step is not that easy and requires tools (a soldering iron and tin for electronic parts) and replacement capacitors (same power!) You will need up to 10 days to complete this step.

It’s quite technical, you have to:

For these steps, it will be necessary to evacuate static electricity from your hands, to avoid damaging the electronic circuit.

If your TV is under warranty, i hope you contacted their support before opening your TV.

This is one of the last recommended solutions because they won’t do much if your TV is out of warranty.

– Take the TV for repair

If you absolutely repair your Vizio television (because at this stage, we can really think that it has a real problem), you can take it to a local repairer who will give you a diagnostic estimate (free or paid) then an estimate of repair.

If you can’t get your Vizio TV to turn on with all of these solutions, look no further, it’s time to get rid of it and buy a new one. In this case, I recommend a Bluetooth smart TV with 4K high resolution.

Here is the best value for money at the moment: 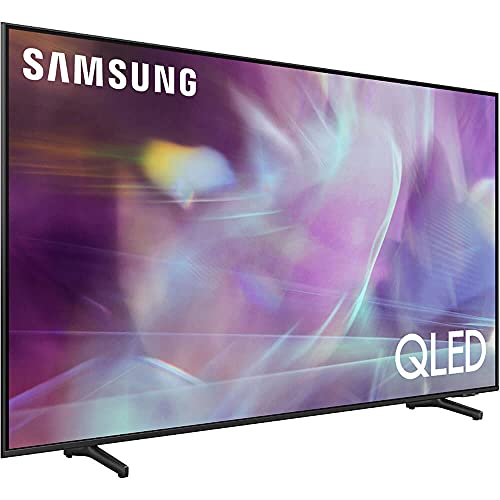 Vizio TVs sometimes have difficulties to turn on and there are multiple reasons for that. If your Vizio TV won’t turn on, try these solutions in that order:

If despite all your efforts none of these solutions work, stop worrying anymore! You’ve been patient and it’s time to buy a new television. Samsung, LG and many other well-known brands are reliable. 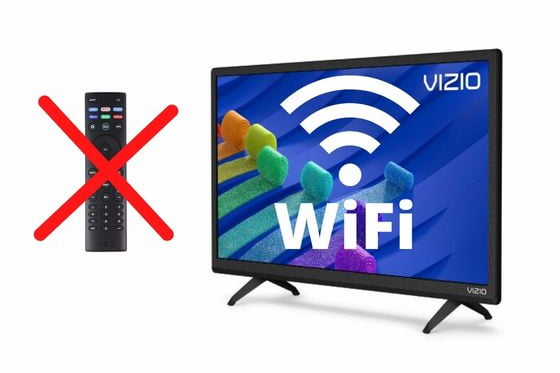 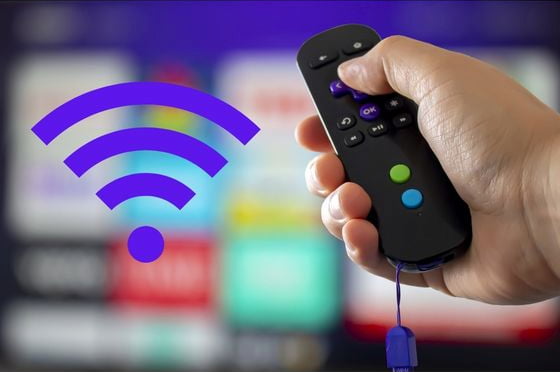 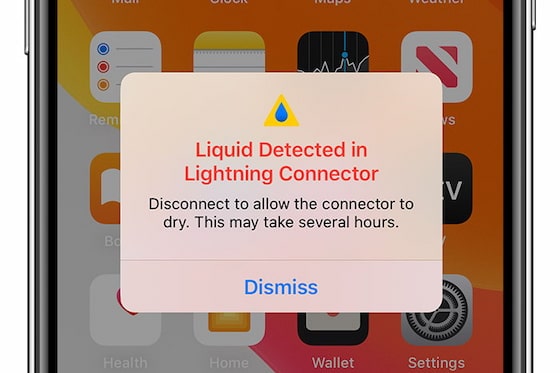 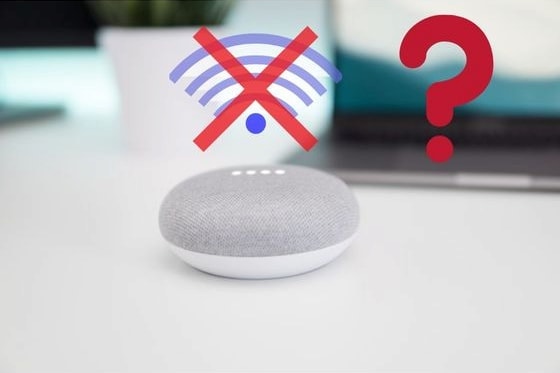